In the United States, Allan Lichtman was dubbed the “Nostradamus” of presidential elections: historian, American University professor, and political analyst, he gained notoriety by creating a model that predicted the outcome of every White House race since 1984. This year, Litchman has already given his forecast and said that he is convinced that Donald Trump will lose and that Joe Biden will become the next president.

The 13 Keys of Lichtman’s Predictions

Lichtman’s predictions are based on a “13 keys” model for the White House that measures the management of the party in power to determine whether or not Americans will choose a change of course. Lichtman, a self-confessed Democrat, dodges the polls. Its “keys” look at the economy, foreign policy, whether the president is up for reelection or not, which party won the last legislative election, whether there is social unrest, and the charisma of the candidates.

2016 Was One of the Hardest to Predict

The 2016 election, remember, was one of the hardest to predict. Lichtman anticipated a triumph for Trump, who later sent him a copy of his interview in The Washington Post when he gave his forecast. “Good decision,” Trump wrote, along with his signature. Lichtman explains in an interview that, this year, Trump was moving steadily towards his re-election until the arrival of the coronavirus pandemic in the country. Now, due to the recession, the social protests after the death of George Floyd and the mismanagement of his government of the crises, Lichtman believes that he will lose, even when he considers Biden a candidate without charisma. “Never in the history of the United States has any party in power undergone such a dramatic and sudden change of fortune in just a few months,” he describes.

The 2019 Election and What We Can Learn

At the end of 2019, Trump looked pretty good in my 13-key system for the White House. Six keys are needed to rule out the candidate of the party in power. Trump had a two-key advantage. And then, of course, this year America was hit by the pandemic and claims for social and racial justice, and instead of substantially addressing these issues, Trump turned to the playbook of 2016, when he was the challenger and he thought he could come out talking about these problems. Of course he couldn’t. The result was bad for the country and bad for his re-election. Lost three extra keys.

Recession in an Election Year

The key to the short-term economy, because now there is a recession in an election year. The key to the long-term economy, because negative growth collapsed their overall numbers so drastically, and the key to social unrest due to what was sweeping across the country. Then the president went from being four keys down to seven keys down, one more than necessary to predict his defeat in November. Never in the history of the United States has any party in power undergone such a dramatic and sudden change of fortune in just a few short months.

QUESTION: Are you confident in Biden’s victory?
HIS ANSWER: Yes, my system strongly points to that. The way it works is always by judging the party that the White House has. The keys measure the strength and performance of the White House party, so it actually predicts a Trump defeat. And of course that means a Biden win. But there are a couple of things outside the realm of keys or any prediction system that keep me awake at night.

One is the suppression of the vote.

We have seen Trump seriously attack postal voting, which is an absolutely essential alternative amid the pandemic. We’ve seen your man in the postal service dismantling the mail’s ability to deliver fast and efficient. He said he won’t, but we don’t know how real it is, or if he’s going to reverse what he already did to cripple the post office. The other issue is Russian interference. The Russians are back. We know they learned things for four years. It may even be worse than 2016. And we know for a fact that, as in 2016, Trump welcomes it and takes advantage of any Russian meddling that he thinks will help.

QUESTION: Can there be an event before the elections that impacts your model?
HIS ANSWER: I do not think so. I mean, it’s always hard to say, you know, the impossible can’t happen. Of course, strange things can happen, but the keys look at the big picture. Things like the economy, social unrest, a scandal, foreign policy successes, and the results of legislative elections and whether there are other candidates. These things do not change easily.

QUESTION: Can the recent agreement in the Middle East influence?
HIS ANSWER: Not even a little, until now. He was greeted with an incredible collective yawn here, and there were a number of analyzes showing that nothing really changes. From what I can see, I’m not sure what the deal does at all. But, you know, it’s not just my opinion, it’s the way it’s received, and so far it’s been greeted with a total collective yawn. It barely penetrated anyone’s consciousness here in America, although I’m sure they’ll give it a lot of importance at their convention. The other thing is, as you know, one of the most precious assets one has as president is credibility, and Trump has destroyed it. 60% or more of the American population, and in various polls, say they do not trust him. So I think this is going to be dismissed as a political ploy, not sincere.

QUESTION: So the pandemic condemned Trump’s re-election, correct?
HIS ANSWER: Half correct. The pandemic, and the response to the pandemic. If Trump had understood that it is governing, not a campaign, that counts, perhaps he would have responded in substantial ways rather than trying to get out of the pandemic with words. You can convince your neighbors in the Senate to acquit you in impeachment. You cannot convince a virus. It does not work. So it’s the combination of the pandemic and an incredibly flawed response. We are the richest and most scientifically advanced country in the world. We lead the world in Nobel prizes. And yet we have one of the worst and most pathetic responses to the coronavirus anywhere in the world. So, yes, Trump didn’t cause the pandemic like Herbert Hoover didn’t cause the Great Depression of the 1930’s. But Trump’s failed response is largely what causes his problems. The same was true of Hoover’s failed response to the Great Depression.

QUESTION: Another of his keys is charisma. Trump is a very, very popular figure in the Republican Party, isn’t that enough?
HIS ANSWER: Right. You have to look at the way you define the key, and you have to be one of those charismatic, inspiring, and unique candidates in a generation, like Ronald Reagan in the 1980s, who brought in all those “Reagan Democrats,” or Barack Obama. in 2008. Trump is a great showman, but he appeals to a very small portion of the electorate. Typically, his overall approval rating is stuck in his 40s, but his strong approval rating is between 25 and 30%. I think I mentioned that 60% or more of Americans don’t think he’s honest and trustworthy, and 60% or more of Americans don’t personally like him. He is not an attractive candidate, in general. And I don’t give that key to Biden either, of course.

QUESTION: Have you ever thought about making adjustments and changes to your model?
HIS ANSWER: Big question. I have not changed the model, but I changed the way I interpret the model. When I first developed it, there really was no divergence between the popular vote and the electoral college. You had to go back to 1888. But then we had a divergence in 2000, and I demonstrated why we had a divergence. While George Bush apparently won Florida by 537 votes, Al Gore actually won Florida due to the suppression of the African American vote, tens of thousands more African American votes should have been counted, and Gore should have won. However, that raised some problems about predicting the popular vote versus predicting the electoral college. It was not a problem in 2004, 2008, 2012. They were very clear elections. It became a problem in 2012 for two reasons. Number one, Democrats now have a built-in popular vote advantage of 5 to 6 million votes in just two states, California and New York. And those 5 to 6 million votes count as zero in the Electoral College. And then the baseline is changed. The baseline used to be equality in the popular vote, equality in the Electoral College. But now the Democrats start with the advantage of several million votes. Then they will win any close election. And 2016 was the hardest prediction I’ve ever made. 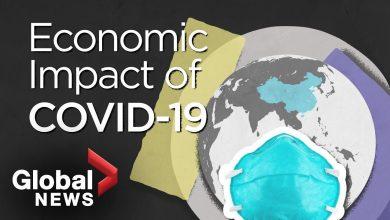 Why Economic Stimulus Checks, Aid To Small Businesses, And Reopening Are Not Enough To Rescue The United States Economy